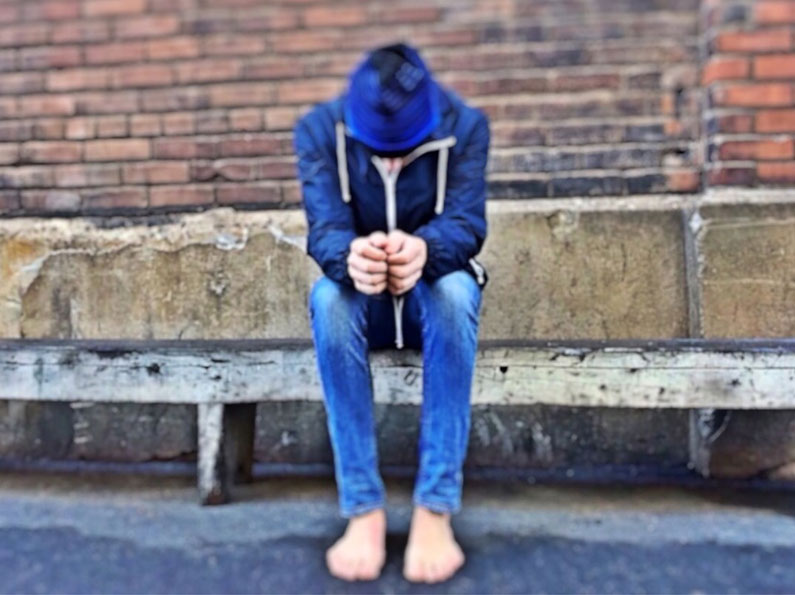 Jack and I had an interesting experience on February 20th. I’m not telling you all this to make you think we are wonderful, caring people (Jack was) because in my mind, I wasn’t that day. I know it’s the christian thing to do but come right down to it I was not ready or willing. I just wanted to see from a distance. Jack came home from the store around 6:30 p.m. with a homeless teenager, a 19 year old guy. He walked in the door and said, “I brought a new friend for you to meet.” I thought it was probably an old friend of his that he wanted me to meet. Living with Jack from almost 59 years you’d think I would be able to expect the unexpected! Well, to my unready surprise, it was David, whom he had picked up at a strip mall close to our house. I didn’t care that he was black but that Jack hadn’t given me a “heads up” on bringing him home to spend the night. To tell you the truth, I didn’t have my christian face on or my christian heart open and was resentful about the whole situation. And to think that I had just come home from serving dinner to kids at the Hosea House homeless teens center. I love serving them because they don’t intrude on my privacy. In a way, I only see them from a distance.

I had to force myself to be nice. Our dog was nicer to him than I was! I wanted to see him from a distance. He was a very quiet and polite kid. We fixed him some dinner and I asked him if he wanted to take a shower, which he did. Jack spent the evening visiting with him while I watched a basketball game. I did ask him a few questions about his life and how he had become homeless but didn’t pry too much. He wanted to sleep on the couch and even had his own blanket. I will tell you that I was very uncomfortable about the whole thing but thought throughout the evening, “What would Jesus do?” Didn’t He always help the least among us? He didn’t look on from a distance. I really felt guilt about how my attitude had been. I can see now that I only wanted to see David from a distance and not get too involved.

In the morning we asked him if he wanted some breakfast – suggested several things but he didn’t want anything. He thanked us for letting him stay overnight and then Jack took him downtown where he wanted to go to spend another wet day trying to survive. What came to mind after this whole thing was my Star Word – purpose – that I had picked up a few weeks ago at church and is on my cupboard door.

What was the purpose in this encounter with a homeless person, a young person at that? Why had I felt put upon? I help others so why not a homeless person coming in to our home? It was an eye opening experience to say the least and I think if it happens again I will be more open, more kind, more loving, more understanding and not think of the inconvenience I thought it was. I will not see it from a distance.

How would you have dealt with this situation? Makes ones stop and think about our christian calling and our purpose statement “Follow the Risen One, Something for Everyone, and Helping Anyone.” Wasn’t David Anyone?

We just never know when an unexpected guest will arrive on our doorstep but the least we can do is welcome them and love them as Jesus would. Isn’t that what the Bible tells us to do? Let’s just not see them from a distance.